Do you remember what it was like when you were a kid at a BBQ? Growing up, we had so many family gatherings in my parent’s backyard and many times they were on my birthday and involved a pool.

Last Sunday at Cochon 555 Heritage Fire brought back those nostalgic smells, sights and tastes for me. The thick smell of smoke and various meats in the air and several blazing hot fire pits alongside the vineyard at Charles Krug Winery in St. Helena. Though I did not ever see a vineyard for the first 25 years of my life (I was deprived, I know), my dad had an enormous garden back home and used to set bonfires in the area next to it. 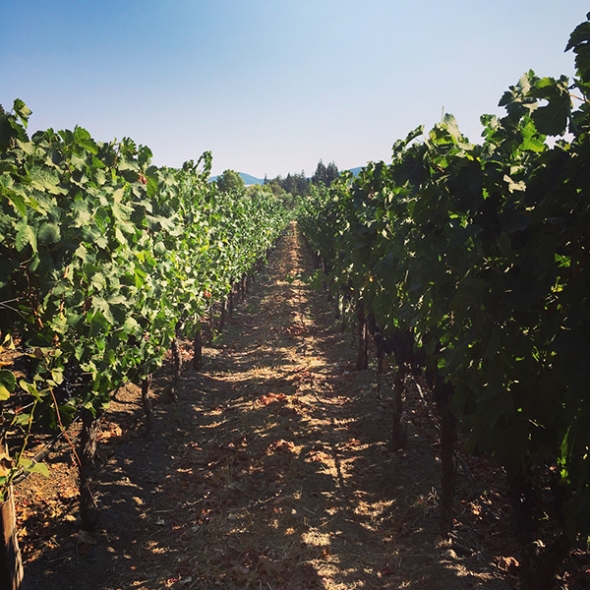 Before I get into the fun we had and the images I captured at Cochon Heritage Fire this year, I want to tell you a little bit about the man who organizes the event, Brady Lowe. He started Cochon in 2008 in Atlanta and quickly expanded the event as a tour across the country with stops in Napa, New York, Seattle and Miami.

He grew up in Iowa and as a child, grew a fondness for reading his mom’s cookbooks. She had everything from Martha Stewart and Betty Crocker to Mickey Mouse Disney cookbooks. He preferred browsing the cookbooks instead of reading books and loved the process of recipes. His mom was an experimental cook who liked to try out recipes and tweak them slightly. Brady’s father would cook recipes exactly as printed in the book and repeat them over and over until they were perfect. It sounds a lot like my parents, except my dad was the mad scientist and my mom was more methodical. Either way, food became a core and important part of life for Brady.

During college, he sold premium cigars, and then bought wine with the money he made. He became a sommelier of sorts to his college friends, who preferred beer, but he was able to open their minds to drinking wine. Brady enjoyed grilling and parties and continued throughout college and beyond.

It really struck me when he spoke this year during our media tour of the event. In a sense, he referred to the “good ole days” before the age of the George Foreman Grill. He even mentioned our ancestors and how they cooked with fire. It is our heritage to cook with fire. And we can cook anything (meats, vegetables, even fruit) with an open flame. It’s so true, and in my opinion, tastes the best! 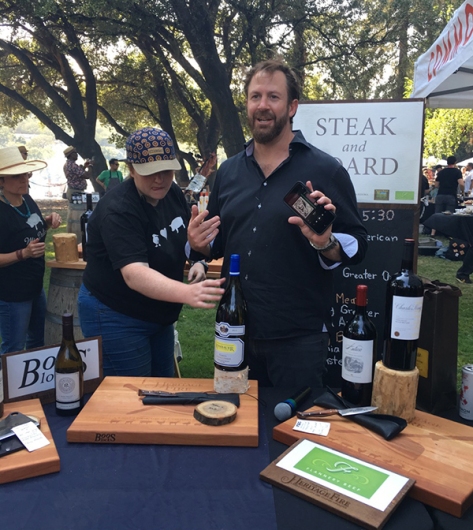 During the tour, Brady also spoke about Cochon’s beneficiary, Piggy Bank. Piggy Bank is a farm, a genetic sanctuary for heritage breed pigs, where all pigs are gifted to farmers in need. Piggy Bank helps build a future for independent family farms as a community working together to develop and share business plans that promote responsible farming practices.

Annual contributions help the organization give pigs to new and existing farmers in need of free genetics (breeding stock) and send pigs to culinary schools for research. Contributions are used to pay for a livestock facility, feed and labor to raise the heritage pigs in a safe and protected environment. All gifts are a 100% tax-deductible gift.

I don’t know if you have ever tried a Heritage breed pig, but I can tell you the flavor is incredible. A common breed is the Berkshire, which was discovered over 300 years ago in Berkshire County in the United Kingdom. Berkshire pork (prepare to salivate) is sought after because of its texture, marbling, juiciness, tenderness, and above all its FLAVOR. Berkshire is also referred to as Kurabota. It’s important that we support organizations that help farmers who breed these pigs!

I’d like to point out that this particular Cochon had some of the best food dishes of all the past ones I have attended, but it really turned into a major wine tasting with several premium brands coming out to pour. This year, Del Dotto, Clif Family, Faust, Lake Sonona, Valley of the Moon, Silver Oak, Rombauer, Robert Craig, Inglenook, Rocca, Jigar, Wines of Germany, and of course Charles Krug (the location of the event) were there. 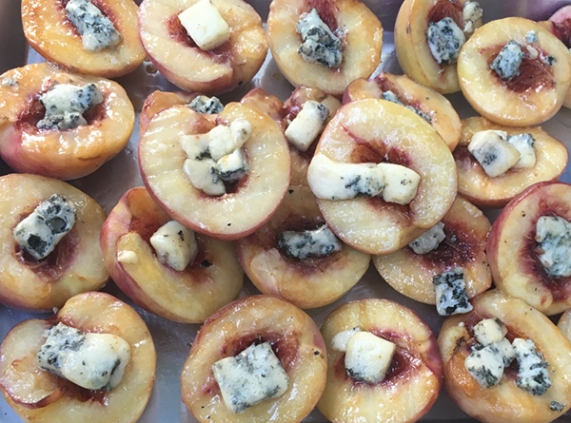 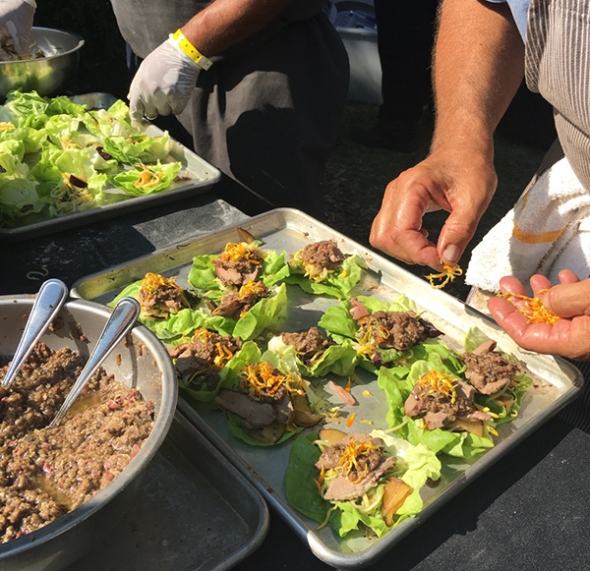 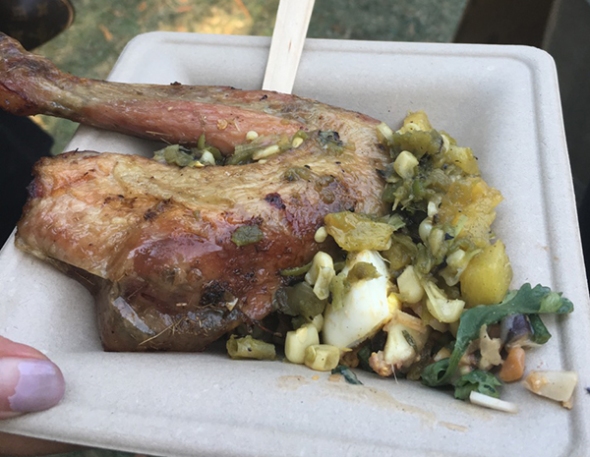 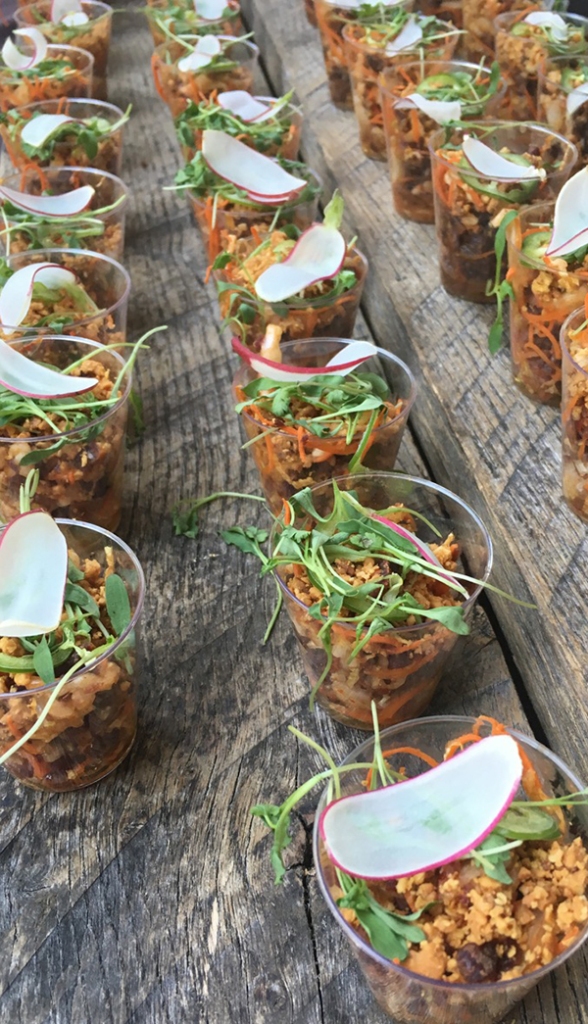 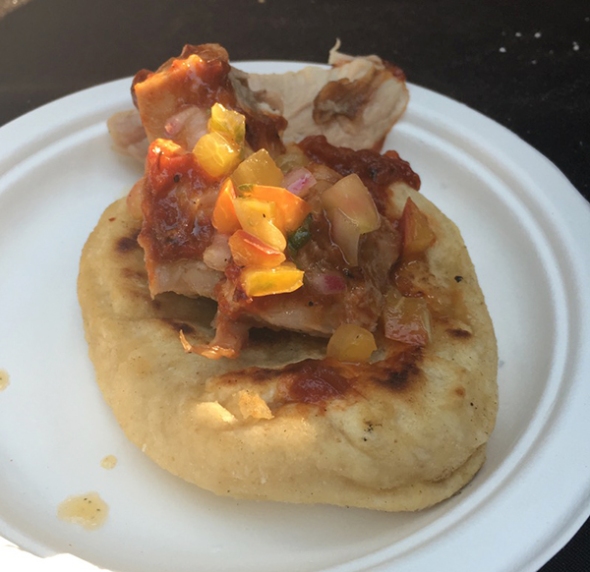 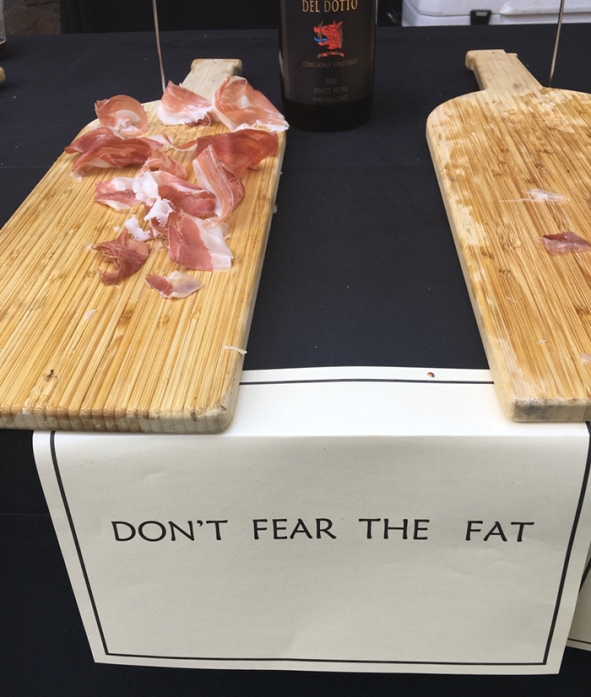 As you can see, we tasted multiple dishes and had some really incredible food. Don’t miss the Cochon 555 Tour when it heads back our way (if you are located in Northern California) with the Heritage BBQ event on October 16th in San Francisco. Magnolia Brewery at Dogpatch will be the venue. You can purchase tickets here.