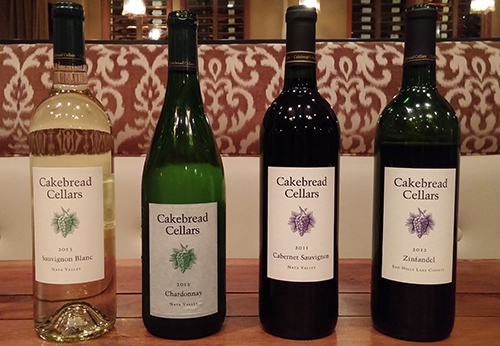 Just look at that line up! Those bottles of Cakebread Cellars were the wines featured at Sienna Restaurant’s latest wine dinner last Thursday.

Andy and I were excited to attend this dinner because we are big fans of Cakebread, especially their Reserve Chardonnay.

Pictured below is the menu for the evening, kudos to chef Moses Hernandez at Sienna for making our dinner gluten free!! 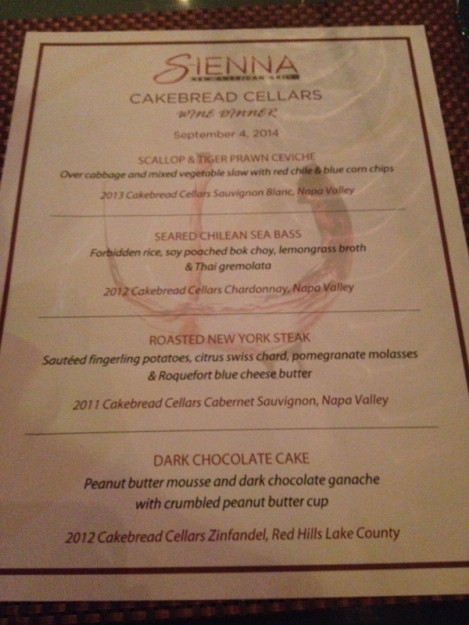 We started with the 2013 Cakebread Sauvignon Blanc paired with a Scallop and Tiger Prawn Ceviche over cabbage and a mixed vegetable slaw with red chile and blue corn chips. This dish was the best pairing for a Sauvignon Blanc, as it was citrusy, light and refreshing, just as the wine was. And I was a hungry lady after a semi-stressful day at work. Andy remarked that he was transported to Mexico by this dish. Good thing we’re going in November! 🙂 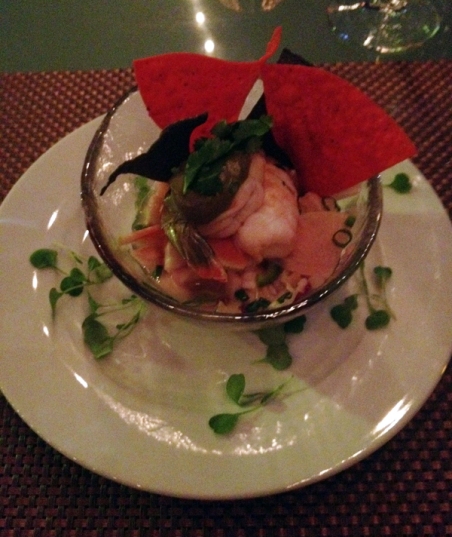 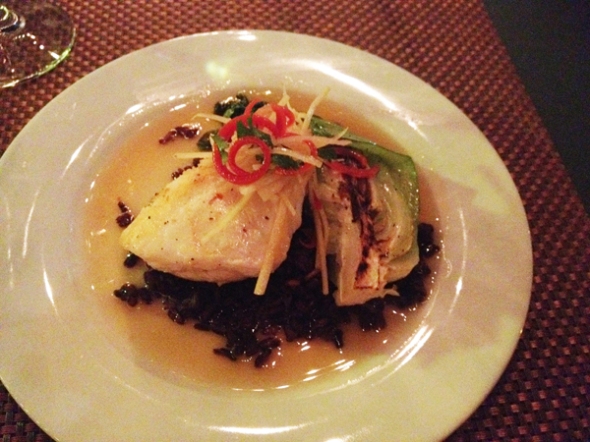 I was so happy to have had this as the second course, as I love Thai food and this was certainly a Thai inspired dish. Again, really refreshing and just amazingly good. The broth was so flavorful, and the rice was cooked perfectly. We had some wine left from the previous course and it went with the Sauvignon Blanc just as well. 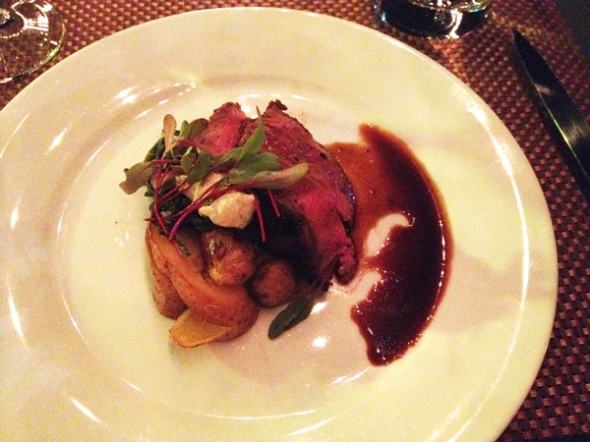 This was the course that made Sienna as a restaurant really shine. Not only was the steak cooked perfectly along with the accoutrements. I want to comment for a moment on the service and attention to detail I witnessed at Sienna. First, one of the servers halted service of this course for Andy and me. They were not sure if we had been served the gluten-free plates or not. Now, that was highly appreciated, because although we do not have a gluten allergy, maybe someone who requested a gluten free meal might have. The staff at Sienna made sure we were delivered the correct entreés.

Another comment is that special attention to detail was given in handling the wine, as it was going to be pretty tight tannin-wise. The bar staff at Sienna took the time to both aerate the wine and then decant it long before dinner guests arrived, so that it would give its best showing.

And the wine was pretty phenomenal to both of us, and pretty much put a spell on Andy. He loved the Cabernet so much, that he ordered a case. I am pretty excited about that, because I benefit. I get to taste the 2011 Cabernet Sauvignon as it matures and develops. Softens and becomes even more magnificent. I think he said we are going to open a bottle every 6 months. Don’t be jealous, maybe you’ll get an invite for dinner to share. 😉

Then, it was on to the last course. The dessert course. Sienna made sure to adjust ours so that it was gluten free as well. It was a Peanut Butter Mousse, topped with Whipped Cream and chopped Peanut Butter Cups. It was paired with a 2012 Red Hills Lake County Cakebread Cellars Zinfandel that to be quite honest, longed to be paired with the prior course. No matter. I gave Andy all but two tastes of my dessert and I enjoyed the Zinfandel pretty much as my dessert. It was spectacular. 🙂 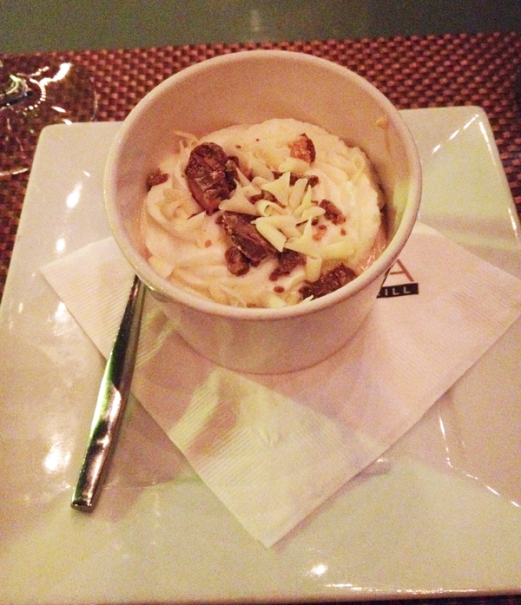 I could pretty much sum this dinner up as pure bliss. It was a beautiful evening under the stars with like minded people. All food and wine lovers like Andy and myself. I want to thank the team at Sienna for making this an incredible evening for all of the guests. No detail was spared and I am pretty sure no one left hungry or the slightest bit unhappy. We’ll certainly be back to enjoy dinner when we come to retrieve the case of Cakebread Cabernet, but we’ll also save the date for your upcoming dinner on October 2nd with Jordan Cellars. 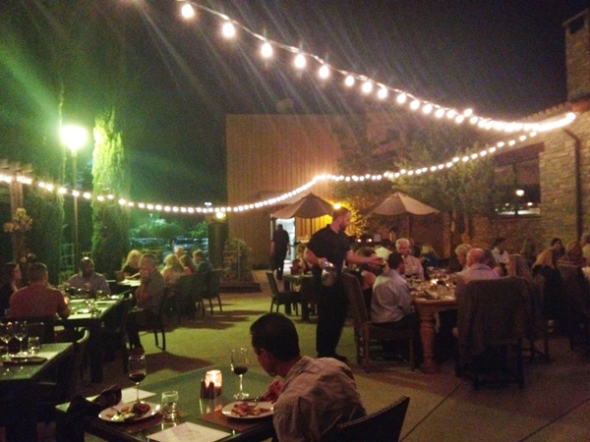 PS: Sienna also does a Monday night Wine and Dine, it’s 3 courses paired with wine for $35 per person. Hook yourselves up by clicking here! Guess what… it’s Monday, you should totally go NOWWWW!!!