It’s been exactly one week since I crossed the finish line in San Francisco at the Nike Women’s Half Marathon. I was so honored to have run with the Whole Foods Market team and promote their stores. It makes me so happy to have a fitness/healthy living themed website and that I can inspire others to take care of themselves just a little bit better/more.

This website keeps me motivated, too. It keeps me in such a good place mentally with food and exercise. I would never expect someone else to live a lifestyle that I had not already adopted for myself. It makes me happy to be nearly 100% gluten free and about 90% sugar free. I feel so grateful that Whole Foods Market reached out to me and offered a place for me in a sold out race, paid for my race entry, and funded nearly all groceries I brought home in the last two months. It was such an advantage to have the best food available to me (local, organic, grass-fed, you name it) to nourish my body and help train for the race.

So here are some photos I took and some reflections I had on the race:

I was unable to pick up my bib prior to the Expo, so I attended on Saturday. Props to the staff at the Expo for being so efficient. I walked right up to an open computer kiosk and was helped immediately. I also received my pace bracelet so I knew where to line up for the start of the race the next day.

Then I met with some of the staff at the Whole Foods booth inside the Expo. I was given my team shirt that I was supposed to wear during the race (if I wanted to wear it) and I was all set! Let the nerves kick in…

But first, it was dinner at a great restaurant (walking distance from the hotel in which I stayed) called Le Charm. I posted this picture because I was wearing the Nike Women’s Finisher’s necklace from last year that my friend Maria gave me. By the way, if you are ever in San Francisco check out Le Charm (SOMA district). They have a great $35 pre fixe dinner and a very sensible wine list.

A little bit about the race. It’s crowded. Like, really crowded. This race had a record 30,000 participants. And the pace bracelets we were given didn’t mean much because somehow despite being corralled in the second wave of runners, there was a huge bottleneck from people who were walkers/joggers and must have taken off during the first start time. It was bob and weave for nearly the entire race. But, it was the biggest race I have ever run in, so there was really no way around it. And the course was challenging. If you have ever run the Flying Pig Half Marathon in Cincinnati, it was similar to that, only a little higher in total elevation gain.

So, those were the little caveats of the race. And here’s me running in it! 🙂

The positives? Quite a lot. The weather was perfect. It was pretty chilly before the start of the race, but I stayed about a half mile from the starting line, so I jogged to it as a warm up.
The same course I described earlier as challenging, is also quite amazing and scenic. You get to see a lot of touristy San Francisco, as well park areas and some very nice residential areas. I loved running past the Argonaut Hotel, Ripley’s Believe It or Not Museum, and the Buena Vista Café (Fisherman’s Wharf). And one good thing about the hills that start just after that, if you must run uphill, you then get to run back down! Thanks to a few long runs in Incline Village, I am more able to handle/control my downhill running, so I was able to take advantage of the downhills to make up some of the time I lost to the crowds earlier in the race. And I know I was smiling in the photo below because I was feeling strong and there was a great song channeling into my ears. The air felt so good on my head and in my lungs.

The spectators were pretty thick along the course and it makes me happy to think that some of them are just locals who got out of bed and wanted to watch all the runners go by.

My official chip time was 1:55:14, which was an 8:48 min/mile pace. Not a PR, but I am happy with my time considering the circumstances. I finished 139th out of 3065 people. And yes, the part about receiving a Tiffany necklace from a San Francisco firefighter when you finish the race is true!! So, I get to wear my “medal” for this half marathon every single day. 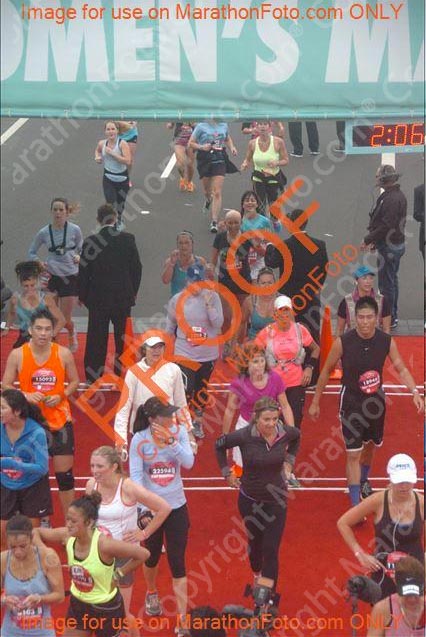 When I got home from San Francisco that afternoon, I ran 3.1 more miles because I knew I would be pretty trashed the next day anyway. I also thought about all the women who had just run the full marathon. And my total for the day 16.7-ish still didn’t even come close to the majestic 26.2. That day got my mileage for the next week off to a great start, and by yesterday I had put in 55.7 miles… which is the most I have ever run in a week. Am I considering a marathon? You bet I am. But I still don’t feel like I am ready. I would like to run at least 3 or for more 1/2 marathons and a 20 mile race before I attempt to run a full marathon. The reason why is because I would like to run the entire marathon as opposed to walking any of it. To me, that’s the point of a race of any distance. To run it as fast as you can on that given day–although nine times out of ten the race will not be perfect, so you suck it up and just try and do your best.

I took this shot of me wearing my finisher’s shirt and my 2013 finisher’s necklace. You can tell I was tired, but felt so satisfied. Thank you SO MUCH Whole Foods Northern California for asking me to partner with you for this event and I hope we can do it again next year!! 🙂 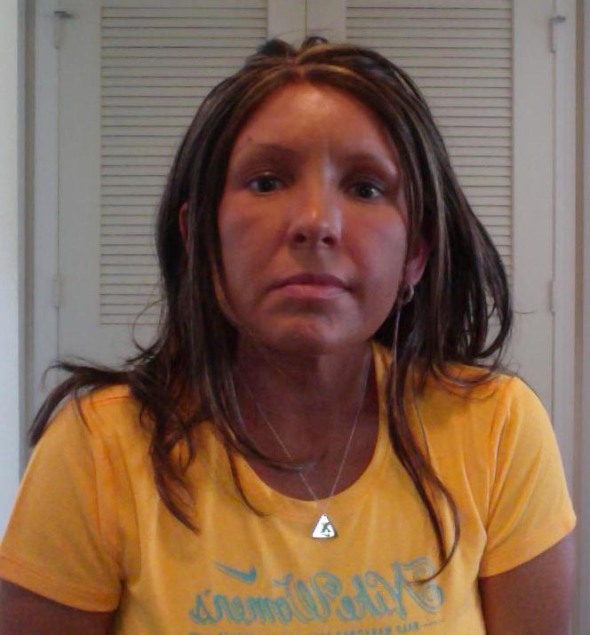